In the music environment nothing can be done without EQs!

This starts with simple tone control and ends in the endeavour to simulate complex loudspeaker cabinets.

This one is using a special chip to reduce parts count and therefore space. It could also be done using OpAmps but I wanted something that can be added to an existing effect consuming only as much space as really needed.

I made it to be used as the tone control section of my “Rage” pedal.

Its a 5-band EQ with +/- 12dB range. The corner frequencies can be set to your individual taste. Lots of examples in the build guide.

If used a s a standalone-device a pulldown resistor at the output should be added to reduce “popp” noise during switching it on/off. 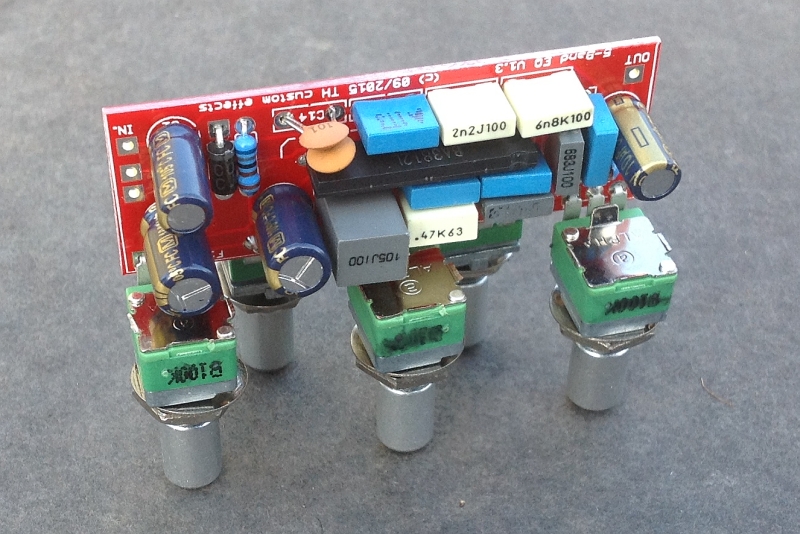 This was made as a custom request from a bass player. He uses his bass for normal play and slapping but there were differences in level and sound between the two optimal settings.

The param EQ solved this in the way that it was on during the slapping phase and made the slapping sound tighter by removing unwanted low frequencies and at the same time attenuating the signal a little. The control settings at the bass were unchanged.

So he could change his style without changing controls at the bass and the level of the signal was aligned between the two styles. 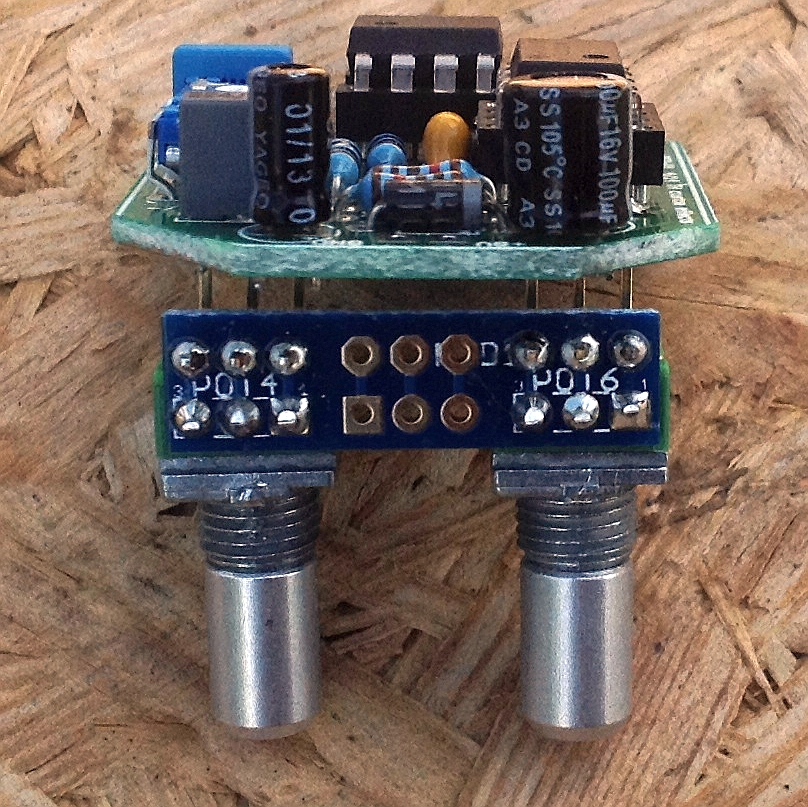 I was asked if there is not a param EQ with more bands, so here it is. It features three parametric bands with trimpots for frequency and Q. It fits a 1590BB enclosure upright as additional tone control or it can be used standalone in a 1590B.

There is a level control included but it must be used with care! It is highly recommended to run the circuit on 18V to provide more headroom or it is likely to clip the signal if a band is fully maxed and the volume is set to boost as well!

I also made a full control version but the first layout (in the attempt to still make it small) was unusable because the pots were to close to each other and it was hard to use the controls.

There will be a new attempt on the layout in the future:-) 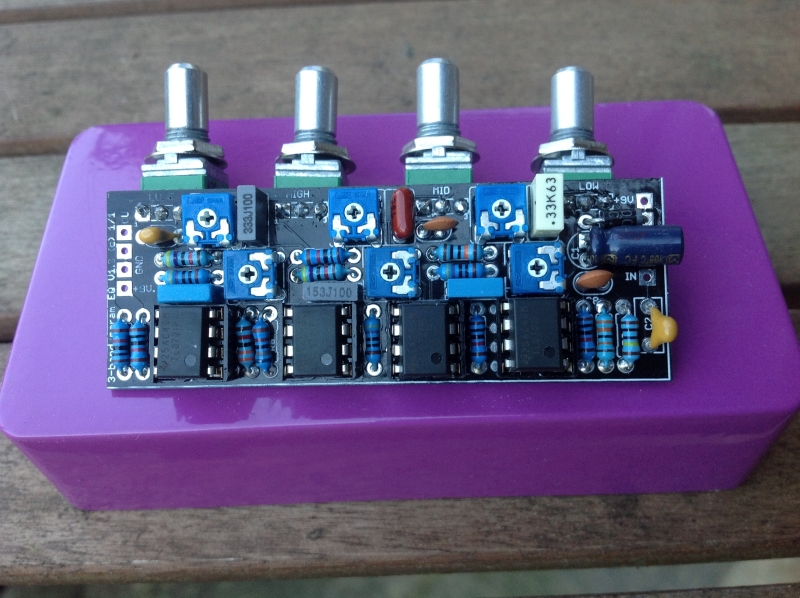